Screenshots from the film

Since we don't have time to publish any longer posts this week,
here are three screenshots from the film! 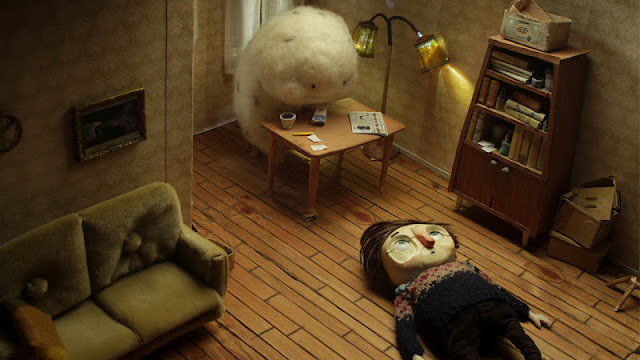 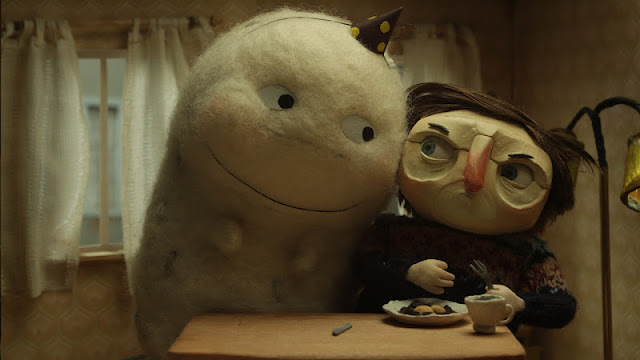 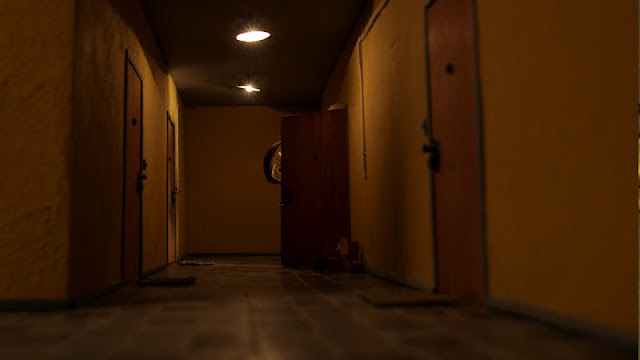 Posted by Anna Mantzaris at 3:36 PM No comments:

Email ThisBlogThis!Share to TwitterShare to FacebookShare to Pinterest
Labels: Puppets, Sets and Props 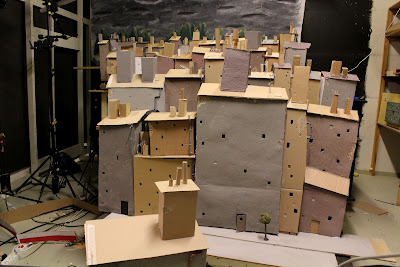 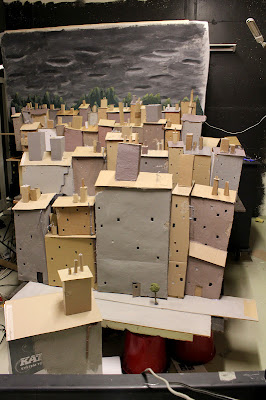 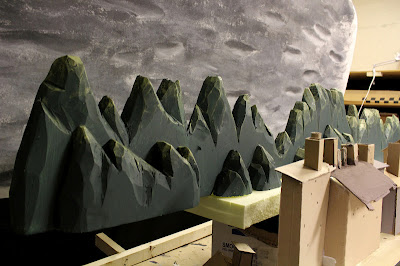 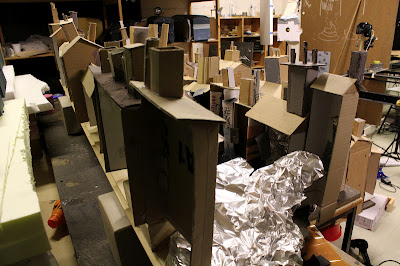 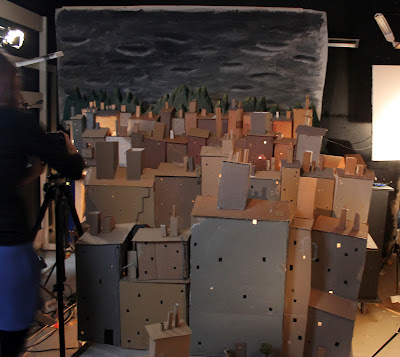 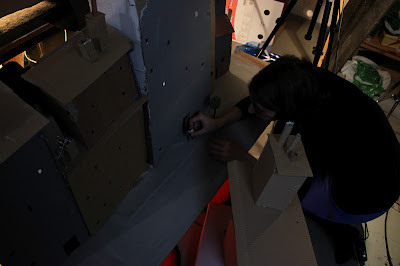 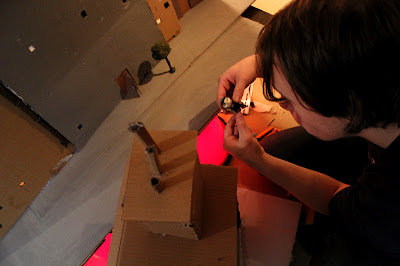 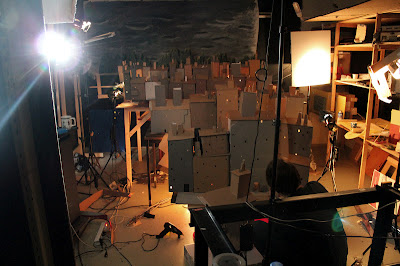 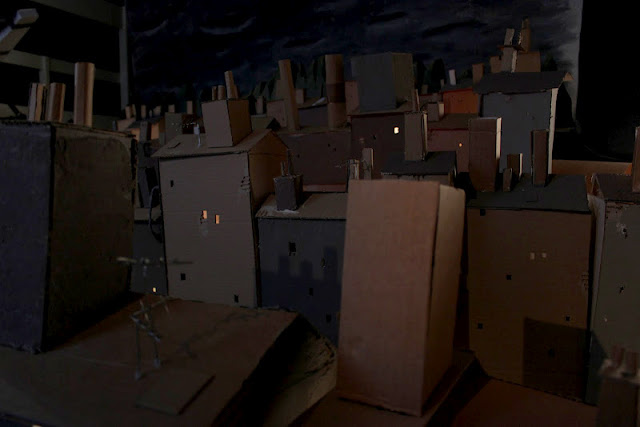 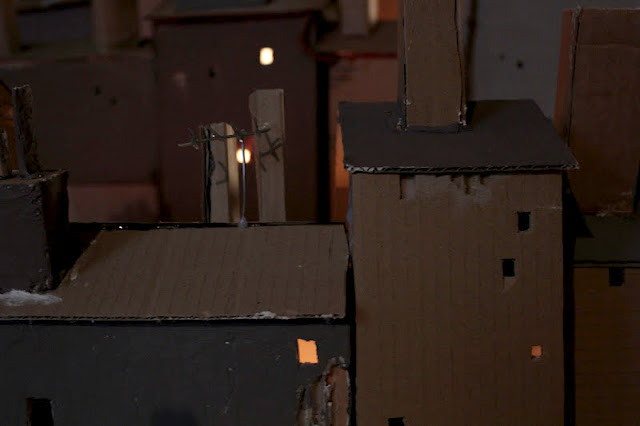 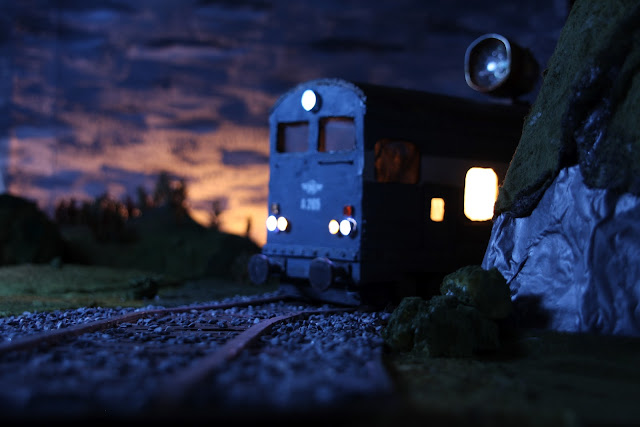 We started by shaping the landscape in foam, and covered it with towels and other textiles:

Then we painted it with acrylic colours:
(photos by Julija) 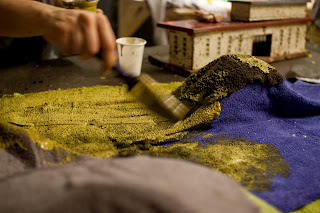 The small trees is plastic trees coated in wooden glue and spices (oregano, chili and seafood mix, yum yum)
We were originally planning to use greenscreen background, but since the set is green we made another solution: we painted a fabric as a sky and then later lighted it from behind with a yellow/orange ligt (sunrise), since its "real" background it also affected the set and the resloult looks really atmospheric! 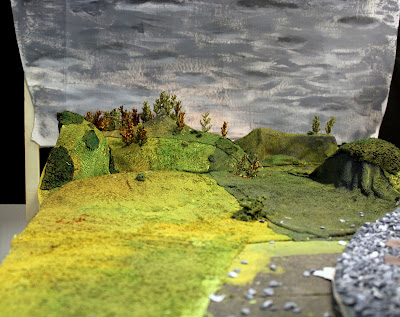 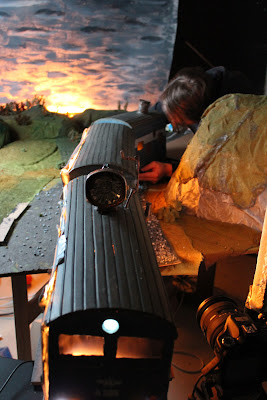 The train was made in wood, the roof of architecture paper, the pipes sculpted from super sculpey and then we coated the train in putty : 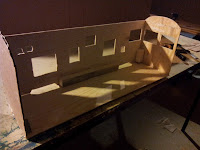 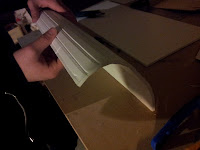 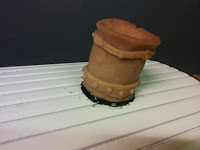 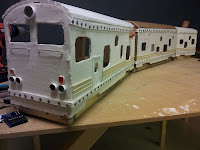 We also lighted it with lamos inside and led lights for the front:

The scene is now animated but will stay unpulished until we release the teaser! 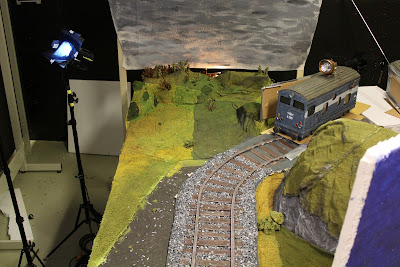 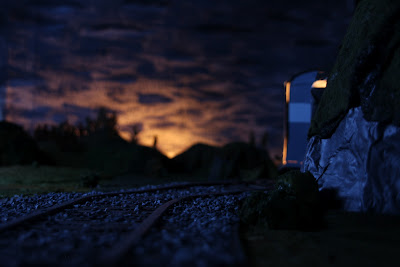 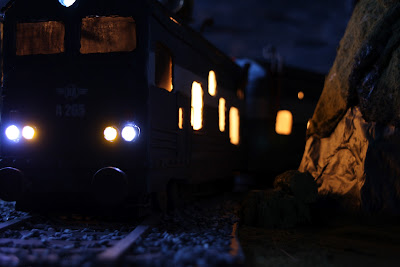 Posted by Anna Mantzaris at 1:27 PM No comments: 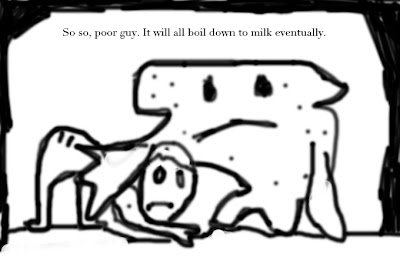 Fanart by Andreas, thank you little lad! Hugs from directors
Posted by Anna Mantzaris at 11:56 AM 2 comments:

Email ThisBlogThis!Share to TwitterShare to FacebookShare to Pinterest
Labels: Fanart 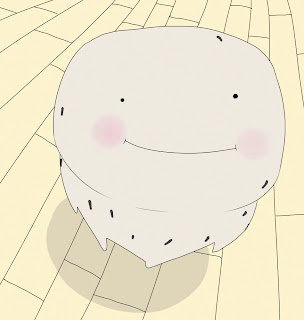 Thank you Martin little lad! Hugs from directors.
Posted by Anna Mantzaris at 6:49 AM 2 comments: