Making of the Puppet: Face replacements

Using face replacements gives the animator a small library of expressions, which can be combined together in a big variety on the puppet. For our story, it was really necessary to have this library so the mans expressions could more easily be shown, since the film relies mostly on body language and almost no dialogue. 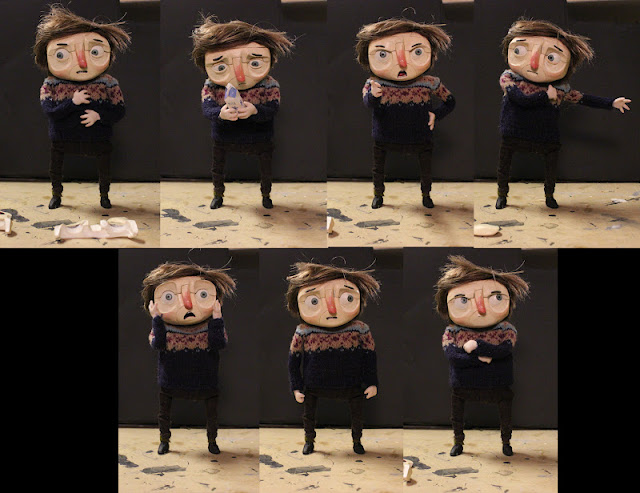 It has been a while since we made the face replacements,
but here is a small tutorial how approached it:

The inside of the head was carved from balsa wood,
with a silicon eyesocket to keep the eyes in place. 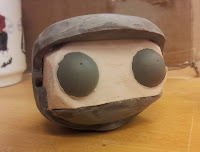 The head was then sculpted in Super sculpey firm and Milliput. The head was sculpted without
mouth shapes or eyebrows, the upper jaw helped the moth to later be sculpted in right place.
The parts that were to be replacable were then cut out.
Imperfections where then fixed smoothed out with milliput and sandpaper. 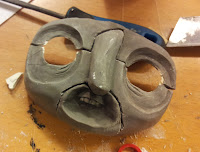 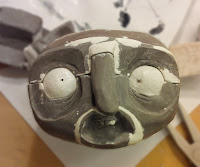 We made a silicone negaive for each part. The different parts were then casted in plastic. 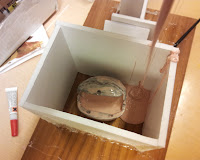 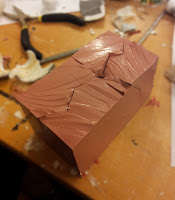 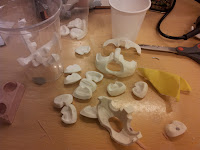 We made two versions of the main character so that we could animate on two sets at the same time.
Magnets were used to keep the parts in place.

Different expressions where then sculpted on top of the parts.

Layers of white spray where applied before painting the final color.

Credits to Joshua and Nathan Flynn,
who shared their way of making face replacements on their blog.
Posted by Anna Mantzaris at 1:23 AM