We are still busy animating the last scenes, so meanwhile here is the design developement of the characters!
The man is the one that has been through most changes. We wanted him to be anonymous, but yet personal, he should be a loner but yet lovable. And most of all he should look stressed like he has problems and a lot of things going on in his head.
The creature looks naive and clumsy. He looks cozy, but is annoying and scary to the man. We find this contrast humouristic. He was the first character to be designed, and his design was nailed very early.
Both directors worked on character design, and some of the creature sketches is by Frode. 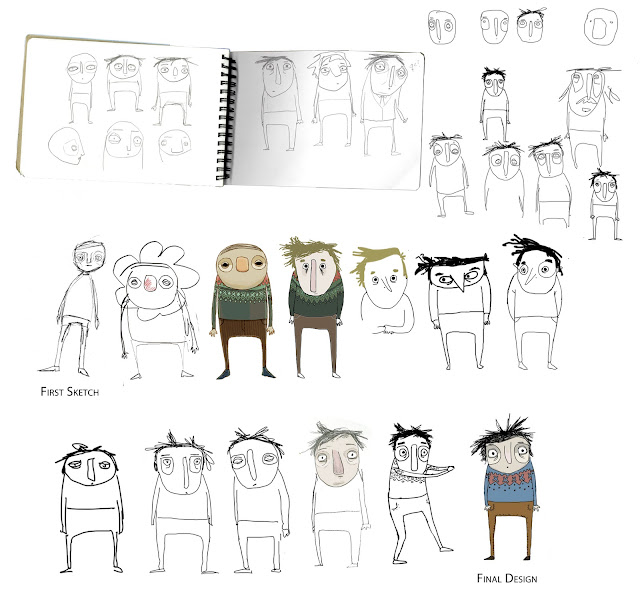 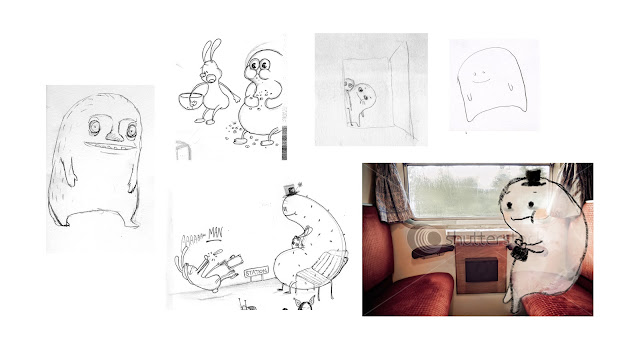 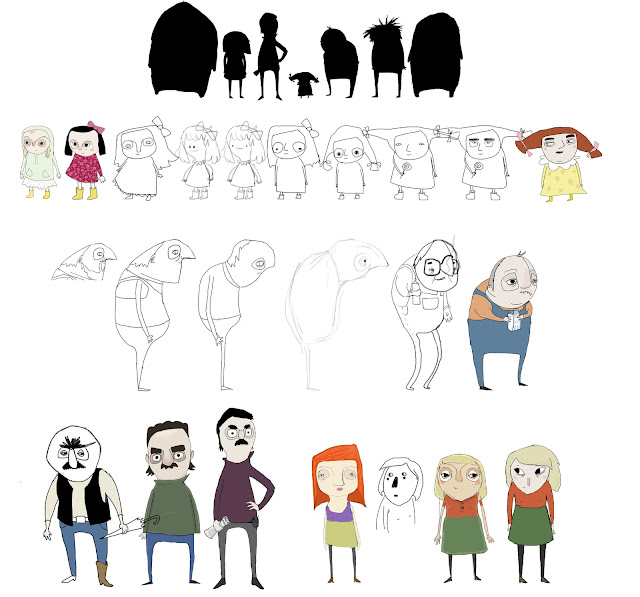 Posted by Anna Mantzaris at 2:37 AM

Email ThisBlogThis!Share to TwitterShare to FacebookShare to Pinterest
Labels: Concept and Design